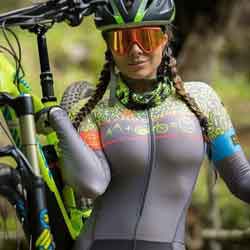 The effects of alcohol, beer, riding and recovery on a person depend on the amount consumed and individual tolerance. Personally, I'm more interested in the daily or semi-daily beer or wine consumed rather than the blowout binge on the weekend.

Luckily cycling and alcohol aren't as interrelated as say hitting the piss with the boys from footy. I can't recall a lot of peer pressure from my cycling mates to drink – in fact on average, I'd say most cyclists I come across drink less alcohol than anyone else I know. That's not to say they don't drink at all – more that they are less likely to binge drink and more likely to share a nice bottle of wine.

Me – Anyone that know me, knows I love a beer. Which to me really is the most dangerous alcohol there is. There's a lot of junk in there – plus the extra amount of dead calories.

Looking at how alcohol and cycling performance mix – my research indicates that the main effects of alcohol intake seem to be indirect, but I'm going to try and tackle performance. It's highly unlikely that you will ever try and race drunk – maybe some residual left in your system from the night before.

There definitely are direct effects of alcohol on your body – that will indirectly affect your performance. They may be obvious or not, but either way they are a good reminder.

A lot of this information comes from a great paper called “Alcohol, Athletic Performance and Recovery” and the Australian Institute of Sports alcohol page. Both resources are linked below if you want to dig a little deeper.

Dehydration — Alcohol is widely reported as causing dehydration. It is largely dependent on the concentration of the alcoholic drink being consumed.

Concentrated drinks such as spirits consumed in small glasses or shots, full-strength beers and wine will result in a net fluid loss. However low- alcohol choices such as mid-strength beers and spirits served in large glasses with a non- alcoholic mixer may actually assist athletes to rehydrate following exercise.

The effect of alcohol consumption on the restoration of fluid and electrolyte balance after exercise-induced dehydration was investigated. Drinks containing 0, 1, 2, and 4% alcohol were consumed over 60 min beginning 30 min after the end of exercise; a different beverage was consumed in each of four trials.

Peak urine flow rate occurred later with the 4% beverage. The total volume of urine produced over the 6 h after rehydration, although not different between trials, tended to increase as the quantity of alcohol ingested increased.

The increase in blood and plasma volume with rehydration was slower when the 4% beverage was consumed and did not increase to values significantly greater than the dehydrated level; generally, the increase was an inverse function of the quantity of alcohol consumed.

These results suggest that alcohol has a negligible diuretic effect when consumed in dilute solution after a moderate level of hypohydration induced by exercise in the heat. There appears to be no difference in recovery from dehydration

Alcohol has also been shown to increase fat whether the rehydration beverage is alcohol free or contains up to 2% alcohol, but drinks containing 4% alcohol tend to delay the recovery process.

It also makes you ‘splash the thongs' a lot more, where a 10 mL excess urine production was evident following each gram of ethanol consumed. The mechanism subsequently identified is the inhibition of anti-diuretic hormone (ADH) by ethanol, although this relationship is evident only in beverages containing greater than 4% (w/v) ethanol. Just as the mentioned study suggests. Also, in all that whiz there are lots of water-soluble vitamins and minerals that your muscles need for balance and performance. For athletes, the dehydrating effects of alcohol carry a double punch.

Long-term Effects – In the long term, regular binge drinking can add significant kilojoules. People talk a lot about the carbohydrate in beer as the reason for men putting on weight. Beer contains very little carbohydrate, as the sugar in beer is converted into alcohol. It is the alcohol in beer, not the carbohydrate, that is responsible for weight gain.

deposition, as the body prefers to use alcohol as a fuel source when consumed. If you eat high-fat foods when you are drinking alcohol, the fat in these foods is directed to storage as opposed to being used as a fuel source.

So, if athletes go out and have half-a-dozen drinks, their kilojoule intake can increase more quickly than they bargained for. This is particularly important for athletes aiming to maintain low body-fat levels and/or a low body weight.

Not only is alcohol devoid of protein, minerals, and vitamins, but it also inhibits your body's ability to absorb these nutrients from food:

Thiamine (vitamin B1) is involved in protein and fat metabolism, as well as the formation of hemoglobin . Because vitamin B1 plays a role in metabolising carbohydrates, it is essential to optimal performance. Vitamin B12 helps maintain healthy red blood and nerve cells.

Folic acid is a part of a coenzyme involved in the formation of new cells. A deficiency in folic acid can result in a lower oxygen- carrying capacity, which can negatively affect your endurance.

Zinc plays an important role in the process of energy metabolism. Alcohol depletes your body's zinc resources, which can result in a reduction in endurance.

Sleep patterns affected. While alcohol can make you sleepy initially, it should never be used as a sedative because it disrupts your sleep cycles. Variances in neurological activity have also been intricately linked to a disturbance in sleep length and quality with some authors observing a loss in sleep depth with a shorter time of rapid eye movement (REM) sleep and an increase in sleep at stage 1.

REM sleep is particularly important to athletes because it's when you consolidate and commit to long-term memory what you learned during the day.

The flow on effect of less sleep is that muscle growth is affected, cortisol production increases, and testosterone production decreases. Without harping on it too much, none of this will help your cycling performance or recovery.

It's still a little up in the air as to what alcohol ingestion does to metabolic pathways of some of the indirect effects of drinking following recovery. Alcohol ingestion immediately following prolonged cycling exercise has a modest impact to impair glycogen re-synthesis. This action is dependent in part on alcohol replacing carbohydrates in energy-matched meals. Although acute suppression of glycogen synthesis may have been evident, examination of glycogen repletion over 24 hours demonstrated no long term detrimental impact of alcohol ingestion on muscle glycogen stores.

Good news I guess. But it's not like this means you're in the clear just yet. This study was called The “Effect of a small dose of alcohol on the endurance performance of trained cyclists.” So it's not clear what more alcohol would do, even though it suggests, like most of these studies, the more alcohol the greater the chance of doing something bad to your body.

Outside of these direct physical effects, binge drinking following exercise has numerous indirect effects in delaying the recovery process. I think these are where most of the danger lies. Because unless you have a 6 star hangover, your drinking may not be felt directly in your performance. Kinda like flossing.

• being distracted from carrying out appropriate recovery strategies to help the body refuel, rehydrate and facilitate muscular repair

• may fail to follow-up appropriate injury rehabilitation and management

• might place themselves at an increased risk of violence or being involved in a brawl, leading to serious injury and/or adverse publicity.

I don't know how far along you are in pouring out that bottle of beer right now, but next is my solution. Disclaimer here though – it's pretty serious. Not in an alcoholic way, but if you have a handle on your odd glass of vino then it may not appeal to you. Stick around though because it has other implications.

I could talk about tactics all day, but I'd rather look at some strategy. At least initially.

I guess the overall strategy is to ask yourself why. Why do you drink, or a better question – why do you not want to drink? – then looking at the habits around your drinking. This type of thinking can be a good reminder as to why you want to do something crazy like stop drinking, and keep you focussed on the big picture if it's something you want to curb or a short or long time.

So here it is, my best advice if you want to curb your drinking. Stop drinking. A little obvious but there is some deeper thinking behind this. If you make a black and white decision like this it frees up your brain, and leaves nothing to chance. The answer to every alcohol related question becomes a no.

Speaking of food, you can follow this theory through to eating the same meals, dressing in the same clothes (think Steve Jobs). It sounds unnecessarily constricting – but in fact it's quite freeing. Your mind has greater capacity to be used for more high-bandwidth activities – and greater focus, everyday.

The second iteration of this is having a designated day to drink on. Although this can get tricky. How many times have you said to yourself that you'll have just one – but have continued on…I'm not even sure you should bother setting a limit if this is the way you want to go. Instead – a bit of positive reinforcement.

Before you have your first drink, plan out your next day. The Semi-Pro has a tight schedule – so looking at what you have to do the next day will give you reminder to take it easy the night before. Especially if you have training – so hopefully you avoid the slinky late afternoon training ride.

Alcohol is a bully in the body. It pushes aside protein, carbohydrate and other nutrients, which muscles need for recovery and growth, as it demands to be metabolised first. It always takes precedence. This deprives your post-exercise body of what it needs most and, thereby, sabotages improvement.

It's not all dire, but there is a reason most PROs don't drink a lot. Plus the long term effects of alcohol on the body are also another reason outside performance to consider.

And don't worry – when we meet one day, I'll have a beer with you.