Slickrock is perhaps one of the most popular mountain bike trails in the world, boasting over 100,000 visitors per year. Located in Moab, Utah, Slickrock is just 12 miles long and can prove to be a challenging ride. 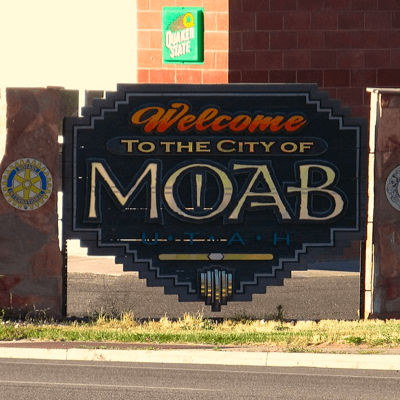 Slickrock is still one of the most premiere mountain biking trails in Moab. It is responsible for putting Moab, Utah on the map as the mountain biking mecca of the world. However, it was not always a mountain biking trail. Early settlers of Moab used the term Slickrock for describing the local sandstone rock features. Due to the poor grip between the metal shoes on horses and the slippery sloping rock's surface it was given the name slickrock. 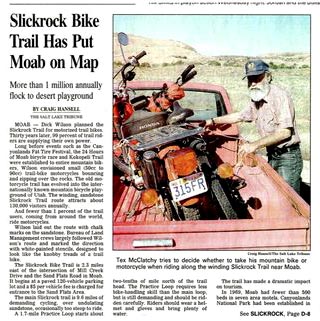 The Slickrock trail is part of the Sand Flats Recreation Area which is looked after through a partnership between the Bureau of Land Management (BLM) and Grand County.

This 10.6 mile long trail was founded by Richard R Wilson back in 1969 for the use of Honda Trail 90s. The Honda CT90 was a small step-through off road motorcycle manufactured by Honda from 1966 to 1979. It was offered in two models: Trail or X with the main variation being gear rations and tire style. It was the time when mountain bikes were not even invented. Wilson was a local motorcyclist who wanted to make a BLM sanctioned official trail through the Sand Flats area. He was successful in persuading the BLM manager in accepting his proposal and that's how the Slickrock Trail came into being.

Mountain biking as a sport emerged in the 1980s and the Slickrock trail proved to be one of the best places for the sport to delineate itself. At the same time, Moab's economy was collapsing as the industry which sustained it's economy, a uranium mine, was closed.

The closure of the uranium mine and popularity of the new mountain bikes gave Bill and Robin Groff, two brothers, the opportunity of opening Moab's first local mountain bike shop Rim Cyclery. The new mountain biking boom providing fuel to sustain Moab and was the beginning of a new recreation economy. 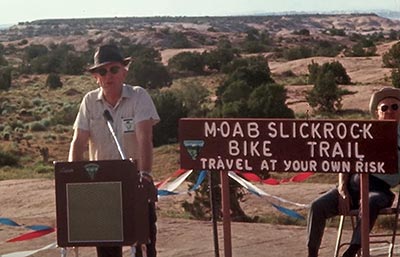 The popularity of the slickrock trail brought in enough mountain bikers to create a significant shoulder season both in the Spring and fall making it possible to allow local businesses to stay open longer. The development of advanced mountain bike technology was greatly impacted by the fame the Slickrock trail was gaining. It became the testing ground as manufactures knew If the equipment they designed held up here it could go anywhere in the world.

The trail grew from local motorcyclists to thousands of bike riders each year. The Sands Flat recreation area was not prepared to handle such an influx of visitors and the area was becoming overrun. Without developed facilities such as designated campsites and toilets serious resource damage was taking place.

As oversight was absent, a critical mass was reached as Easter Riots took place in the spring of 1993. After the riot, the community leaders came up with a management plan, the county would form a partnership with the BLM to build infrastructure and collect fees. The fee is $5 for vehicles and $2 for a bike. This fee is used for the maintenance and improvement of the land. 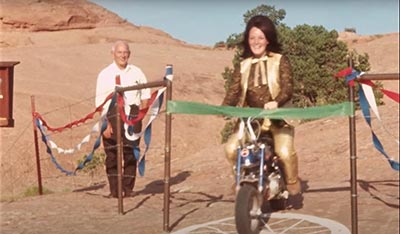 Back in 1998, the area was trying to sustain itself by using the fees collected at the booth located at the entrance. Now there are parking lots, camping grounds, and toilets which can function as a changing room at the trailhead. The BLM and Grand County partnership is considered a success

The Slickrock Trail wraps around Navajo sandstone (which is a two hundred million years old fossilized dune from the Jurassic Period) to an eye catching view over the Colorado River. The trail's surface is mostly covered by sandstones which makes the surface look like sandpaper.

The trail is mainly divided into three sections which include: the 2.3-mile practice loop, the 6.8-mile main loop, and the lead into the loop. The practice loop is just as difficult as the other two trails but is comparatively shorter and serves as a sample of the remaining trail for the new bike riders.

From the practice loop's intersection, the rider can ride a brief connection to the main loop. While riding this section one can witness an amazing views down the Abyss Canyon and wade through the sandpits. Spurs can be seen at 3.5 and 5 miles that go to the edge of the cliff and allows the rider to see beautiful views. At this spot, the trail becomes parallel to the Colorado River and descends towards the slick rock.

At 7 miles the Natural Selection viewpoint arrives which is an excellent place for the rider to rest before he heads back to complete the loop. The rider will experience more challenging climbs and steep descents on the way back. You will pass by several canyons and will have a chance to see some breathtaking views across the red rock landscape.

The trail is overall 2500 feet of vertical climbing. The only drawback of the trail is that there is no water so you need to bring plenty. 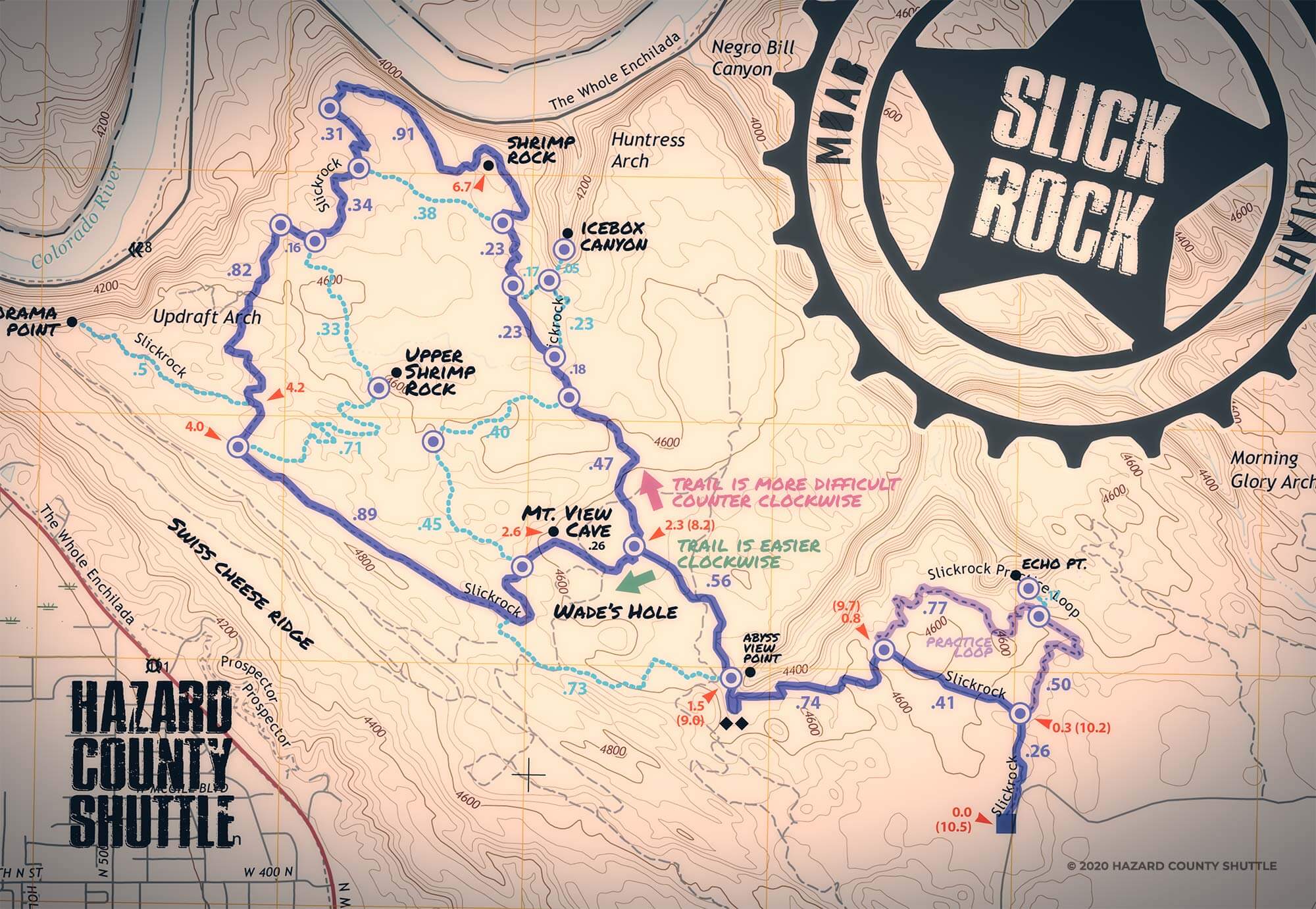 50 Years of Slickrock Documentary in 4K


Slickrock by Drone in 4K


Schedule Your Next Bike Shuttle in Moab with Hazard County Shuttle